A Federal High Court in Abuja on Monday adjourned indefinitely the trial of the Biafra nation agitator, Nnamdi Kanu in the terrorism charges brought against him by the Federal Government. 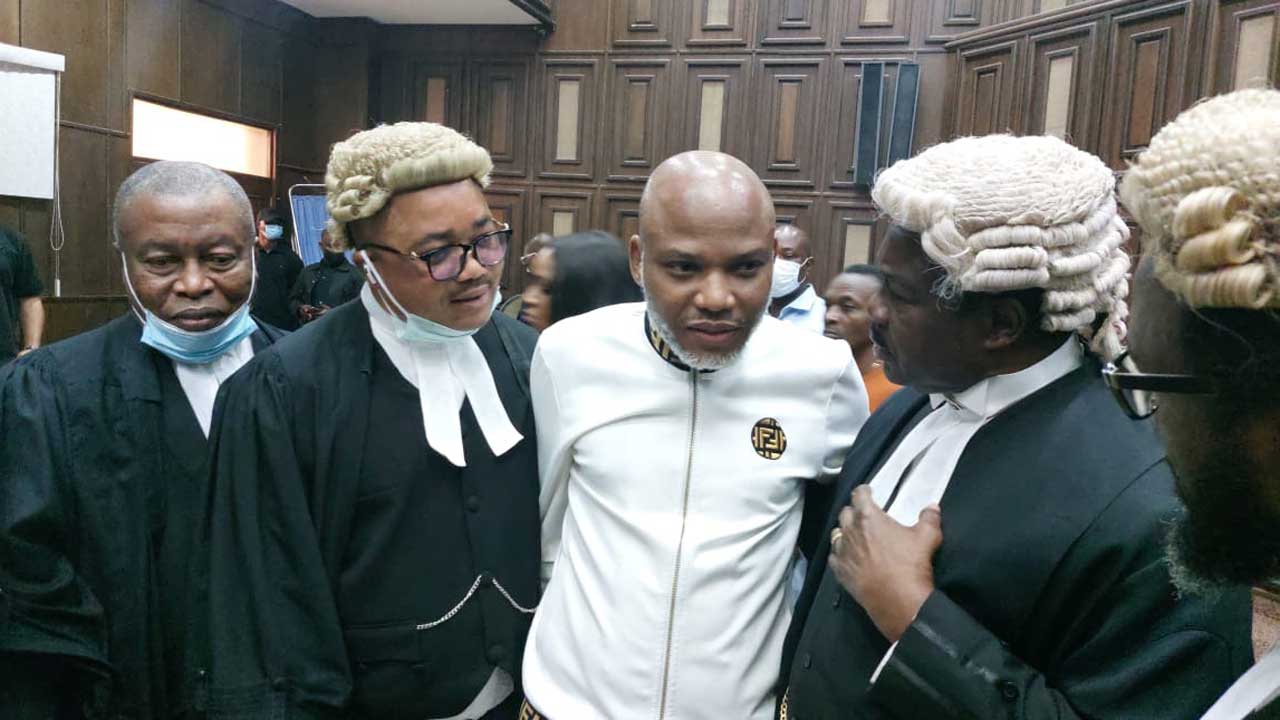 Justice Binta Nyako put off the trial sine die at the instance of Kanu pending the resolution of the Federal Government’s appeal against the October 13 judgment of the Court of Appeal that discharged him from the terrorism charges.

The Federal Government’s appeal seeking a reversal of the Court of Appeal judgment is pending before the Supreme Court.

Two other cases billed for hearing before the court were also put off indefinitely for the same reason.

Meanwhile, the self-acclimated leader of the proscribed Indigenous People of Biafra IPOB, Nnamdi Kanu on Monday refused to appear before a Federal High Court in Abuja in protest against the Federal Government’s refusal to obey a Court of Appeal judgment that ordered his release from detention.