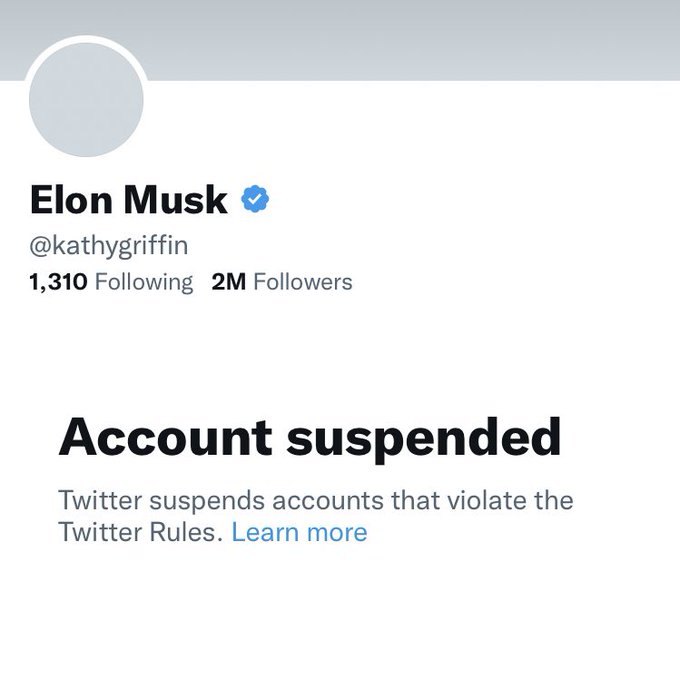 Kathy Griffin, a celebrity comedian has been ‘permanently’ suspended from using Twitter for impersonating Elon Musk. She was the latest casualty in Elon Musk’s Twitter takeover as the comedian’s account was suspended Sunday.

Griffin, 62, changed her profile name to Elon Musk, and appeared to be promptly banned from the social media site.

Despite her handle showing her own @kathygriffin name, the moniker by her blue checkmark said “Elon Musk” — which goes against the company policy against impersonation.

Recall that Elon warned earlier that  there will be no room for impersonators but however said only accounts that clearly state PARODY in their bio will be exempted from ban.

Kathy Griffin’s suspension has been met with mixed reactions including black lashes many of whom thinks Elon took a rash decision.

See some of the reactions below: