The ’90s were not, let’s say, a fun time for the British monarchy, who were scrambling to keep up with the times while enforcing unattainable, outdated appearances of an idealised family life. However, the ’90s certainly function as a fruitful time for The Crown, which strides into this new era in Season 5 with all the elegance, poise, and self-awareness of a certain revenge dress-wearer.

This is also marks the first season of Peter Morgan’s opulent series to debut on Netflix since the Queen’s death on Sept. 8, 2022. It’s this awareness going into Season 5 of the current King and his chaotic publicly private life in the 1990s that makes the Netflix series more compelling than ever before.

With the recent death of the Queen and ascension of King Charles III spurring conversations around the monarchy, its relevance and connection to modern Britain, its shameful colonial legacy, and its role as an institution often defined by family scandal, The Crown Season 5 reminds viewers that this isn’t the first time the Royal Family has faced such public scrutiny.

SEE ALSO: The real history behind all the Charles and Diana drama on ‘The Crown’

The Crown Season 5 is set in the early ’90s, when public opinion of the monarchy was dipping, and the series plainly illustrates longstanding problems within the institution in regards to relationships, marriage, and decorum — something that those in power believe will destabilise Britain itself if they know about, GASP, divorce!

“The House of Windsor should be binding the nation together, setting an example of idealised family life,” says Prime Minister John Major (played by Jonny Lee Miller). “Instead, the senior royals seem dangerously deluded and out of touch. The junior royals feckless, entitled, and lost.”

Season 5 is bookended by the overt metaphor of the luxurious royal yacht, Britannia, which is described by Staunton’s Elizabeth as “a floating, seagoing version of me.” The yacht was decommissioned in 1994, due to the cost of upkeep, and the government officially decided in 1997 not to replace it with a new yacht. Meanwhile, the Prince of Wales, impatiently awaiting his ascension and describing himself as a “useless ornament stuck in a waiting room gathering dust,” neglects his greatest asset: the prospect of the popular Diana, Princess of Wales, as Queen.

Want more about the latest in entertainment? Sign up for Mashable’s Top Stories newsletter today.

Unlike the Royal Family, led this time by the impeccably stoic Imelda Staunton as the Queen, The Crown fully understands its most powerful means of engagement: the Princess of Wales, played with formidable nuance and spark by Elizabeth Debicki.

As both the best part of the Royal Family and The Crown, Princess Diana is the most coveted element of the series — a mistake of neglect made by the monarchy itself but not the show. Taking the rei(g)ns from Emma Corrin, Elizabeth Debicki embodies Diana in her thirties, bringing her own mighty talent to portraying a public figure audiences now seem to have a checklist for, following superb portrayals by a rollerskating Corrin and Kristen Stewart in Spencer. Debicki convincingly assumes that unmistakable upward gaze, either withdrawing her voice to a distant monotone or offering up cheekily hushed banter, and bringing nuance and humanity to a person relegated to a public pedestal. 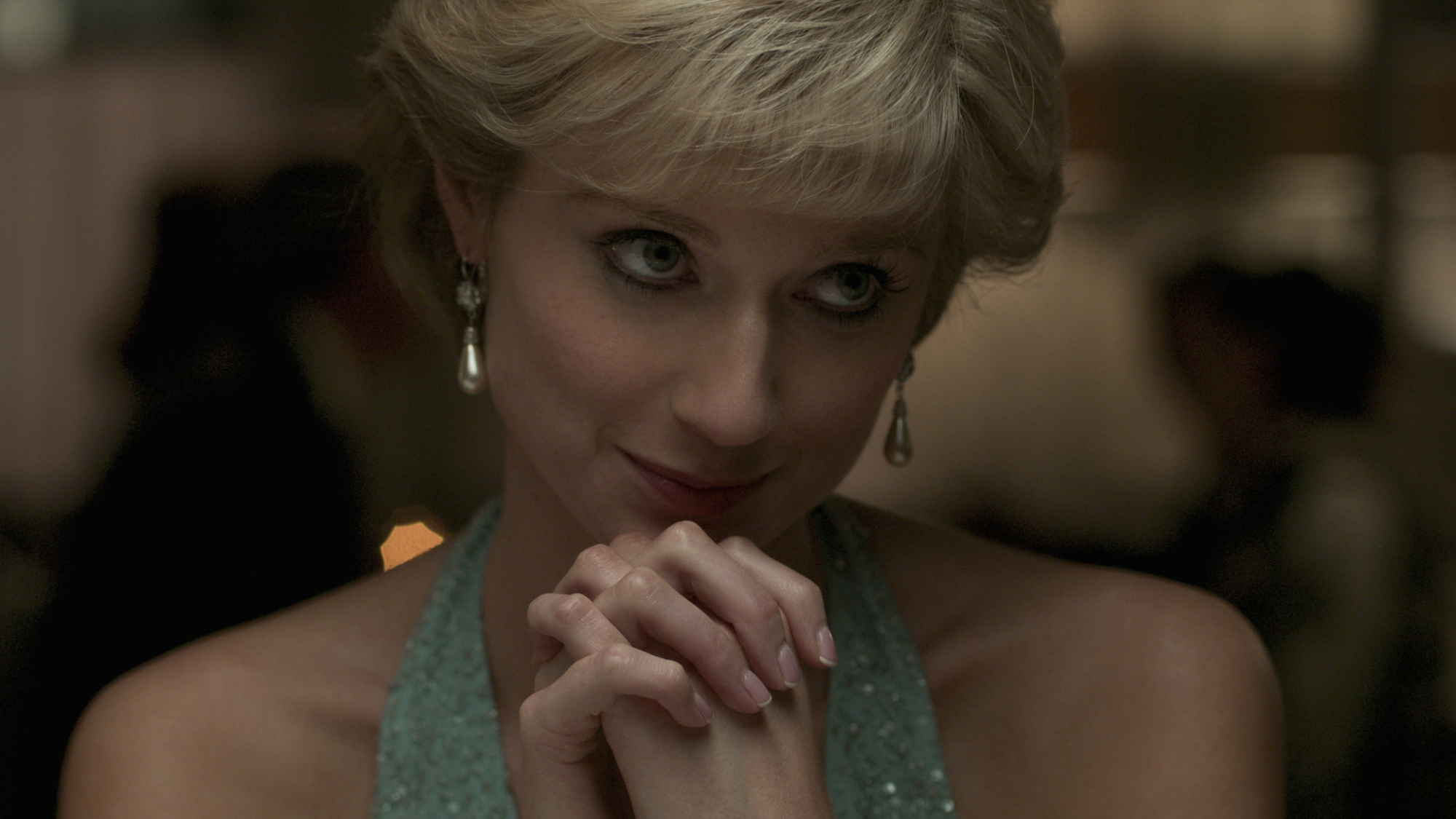 It’s not all in the look. Credit: Netflix

As in Season 4, Diana and Charles’ rocky relationship hangs by a thread, with Diana given no support by the Royal Family through this, or through her struggles with mental health and media harassment. (Sounds familiar…) Diana’s tempestuous relationship with the media is one of the core themes of Season 5; like in Season 4, The Crown shows Diana beleaguered by paparazzi at every move, foreshadowing tragic events to come. But in this season, with few allies, the Princess of Wales experiences more personal interaction with the press, beginning with a tell-all book by journalist Andrew Morton (with Diana’s secret cooperation), and culminating in the explosive, unethically procured 1995 interview with Martin Bashir (played with perfect intensity by Prasanna Puwanarajah) on the BBC’s Panorama.

During her recording sessions for Morton, Diana describes herself “like a lamb to the slaughter,” and explains why she decided to do the book. “It finally dawned on me that unless I get my side of the story out there, people will never understand how it’s really been for me,” she says in a defeated yet decorous tone, almost like it’s the first time anyone had ever asked. In these interviews, Diana speaks about her struggles with mental health, her eating disorder, and suicide attempts — moments which draw undeniable parallels with interviews with her son, Prince Harry, and his wife, Meghan, Duchess of Sussex, decades later.

Episodes 8 and 9 see Debicki reenacting the most famous moments from Diana’s interview with Bashir — “There were three of us in this marriage” — resulting in a shell-shocked Buckingham Palace. Debicki’s ability to communicate Diana’s inner turmoil during this interview is staggering, potentially leaving viewers as speechless as the royals. The Crown allows the audience to sit with the family’s imagined responses to it, including an outraged Charles.

In one of the best scenes of the season that sees two exceptional actors, Debicki and Staunton, going head to head, Diana tries to explain her reasoning for the interview to the Queen. “I’ve so often been shut out, left to cope on my own. I’ve suffered from lack of sympathy and feeling and compassion,” Diana softly explains in episode 8. However, the Queen shows no sympathy, instead calling her a “broken record,” chastising her for using a public forum to address private matters, and insisting she always stands up for Diana to inner-circle critics.